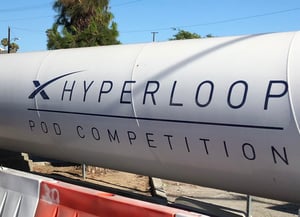 Teams will not only aim to beat that 290 mpg record and successfully stop their pod for the new competition, but they'll have to do it with a few extra rules.

Here are the major 2019 rule changes, according to SpaceX's website:

These rules aim to make students more independent as they craft their pod, but it won't be easy. Communications is one of the most challenging and complex parts of the pod, especially when you need it to function in a vacuum-sealed tube.

And returning teams, like Michigan Hyperloop, who we supported for the 2018 competition with pneumatic spring applied caliper brakes, must significantly modify an existing pod or design a new one in order to compete in next year's competition.

We know it will take a lot of work, but we're excited to see what these students come up with next, and ultimately, where this competition leads for our industry. And we'd love to be a part of the process in coming years.